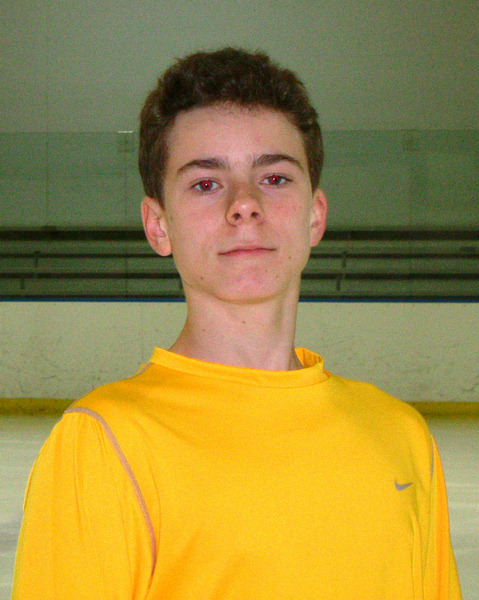 THE TRIP OF A LIFETIME...
AT LEAST FOR THIS YEAR!

Nationals...The crowds, the applause, a huge arena, comfortable seating, a new, exciting city to visit, the best skaters in the entire country, the chance to be seen on national TV, some of the best coaches and choreographers, national level judges.

Nationals...Skating in the same event as past greats such as Dick Button, Peggy Fleming, Scott Hamilton, Johnny Wier, Michelle Kwan.

Nationals...For so many young skaters, it is their dream. As they drift off to sleep, they see the crowds, the cameramen, the fans, and most of all, they see the podium. The place where they so desire to stand, smile, and accept a medal.

For one young Georgia Figure Skating Club member, Alexander Zahradnicek, the dream is now reality. The middle of this month, he and his mother, Marie, will be headed for Spokane, Washington, for the 2007 U.S. Figure Skating Championships where Alex will compete in the Novice Men events. His father, Joseph, will be staying here in Georgia attending to business here, but will be with Alex in spirit.

Alex is no stranger to big competitions such as this. In the 2003 Junior National Skating competition, Alex competed at the Juvenile level where he placed 9th. In 2004, he skyrocketed to the top of the podium at the Juvenile level and won gold. In 2005, he earned a berth at the Junior Nationals again and was awarded the bronze medal in the Intermediate Division. This season, Alex skated to a 4th place finish at the Eastern Sectional Championships which earned him his first appearance at the U.S. Championships.

Even with all of his successes, Alex is a very modest young man. Now, at the age of 15, he looks back on all that he has done and is pleased. Alex started off by skiing when he was 3. He then moved into soccer and baseball, but was not pleased with those sports because not everyone got to play and participate all the time. So, Alex looked for an individual sport in which he could participate all the time. Thus, he found skating. He started his training in Greenville, North Carolina and came to Georgia about 1-1/2 years ago. His skating has improved greatly under the coaching of Aren Nielson, who himself has competed at U.S. Nationals and medaled. Currently, Alex is home-schooled so that he can put the time needed into his training.

Alex has had many great experiences while skating. One of these experiences came when he skated in Stars on Ice in 2001. He skated the part of “Little Scott Hamilton” and enjoyed the company of other skating greats Scott Hamilton, Kristi Yamaguchi, Tara Lipinksi and Kurt Browning, among others. Just this year, Alex played the lead role in the Duluth IceForum Christmas show where he was the Nutcracker Prince in the skating version of The Nutcracker.

His goals are very familiar to many. Improve his skating, place well at Nationals, and stay healthy. “Skating is great because it is always a good time, I have great friends and it gives me a great feeling of accomplishment,” Alex is known to say. His coach, Aren stated that he is very proud of Alex and all that he has done.

Well Alex, Georgia Figure Skating Club is proud of you too. We wish you the very best of luck and are honored to have you as a club member. I had the opportunity to speak with Alex’s father not too long ago and just as we were ready to hang up, he said “Please keep your fingers crossed for Alex.” So, everyone think of him in Spokane and cross your fingers!

Photos of Alex at Nationals: